The evening of May 22nd at Strictly Worcestershire was spellbinding, Steve and Andrea were a in a complete trance of love and elegance in their first dance to Christina Perri’s ‘A Thousand Years’, and in the second, ‘You can’t stop the beat’ from Hairspray, an endearing hyperactive picture, not dissimilar to something Disney would be proud of. Although their dances were worlds apart in their genre, their energy was equal and captivating, they were simply and genuinely electric, a thrill to watch, we were in awe of their presence.

Perhaps the most impressive achievement to behold, was what everybody thought must have been an apparition, a score of 10 from Lord Digby’s paddle, if not that, then just how perfect the Nerd costumes looked on Andrea and Steve!

The winners of the Strictly Worcestershire night were Caron & Mark Steele with their captivating performances, it was clear that they had really thrown everything they had into the routine, they were electric.

Second up were Charles Rodway & Brigette Packer, in a dramatic first dance which voyaged us away to the seven seas and a stunning second performance to Fat Sam’s Grand Slam.

The true highlight for use were of course Steve and Andrea. It may be third place this year, but they’re winners for us, hands down. 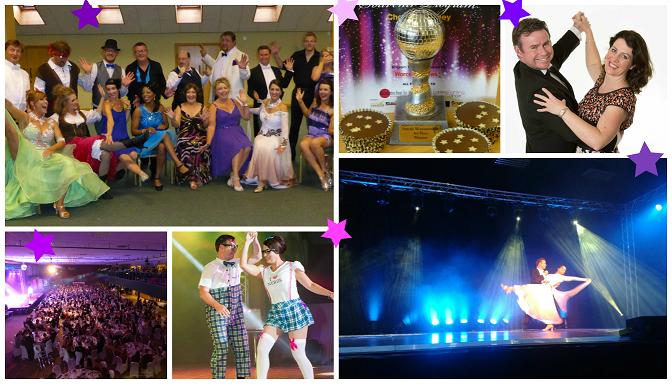