December 25th 2021 at 7:20am ET (12:20 GMT): The James Webb Space Telescope (JWST) lifts into the skies over French Guiana carried by a Ariane 5 rocket, within minutes the most expensive telescope ever constructed, was in space and had separated from the main stage of the rocket. Then the upper stage ignited, this stage which burns for around 16 minutes will accelerate the JWST to around 25,000 miles per hour, 11 km/s or 37.9 times the speed of sound, relative to Earth. 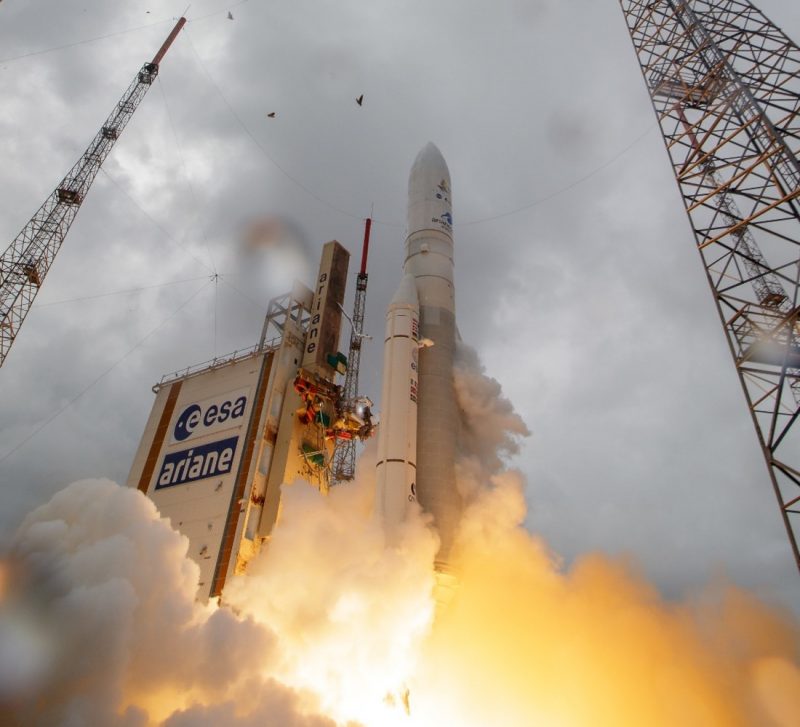 This massive acceleration sets the JWST on course for its final orbit around the second Lagrange point, 1 million miles from Earth. Seconds after separating from the upper stage of the Ariane 5 the solar array was successfully deployed and the telescopes batteries began charging. The following two weeks would allow the JWST to fully deploy its antennas, mirrors and sunshield in transit to L2, the launch as a complete success.

For more information regarding the so called 14 days of terror, consider reading our previous article, written before launch:   The James Webb Space Telescope – borwell.

January 10th 2022: The JWST is now fully deployed, the final piece of the puzzle has been placed, and after 50 major deployments, 20+ years of work and over 10 billion dollars, the JWST now needs only to achieve orbit around L2. Then it can begin its work to massively expand our knowledge of the early universe. However, first it needs to cool down and focus its instruments a process which will take around 5 months.

January 24th 2022: The JWST has now completed its orbital insertion burn and has begun to orbit the 2nd Lagrange point around 1 million miles from Earth. This orbit will be home for the telescope for, its hoped, its entire mission life time of around 10 years or more. Its only limited in this orbit because every 3 weeks or so it will have to make a small correction burn using its onboard rocket motors to stabilise its 6 month orbit around the L2 point. 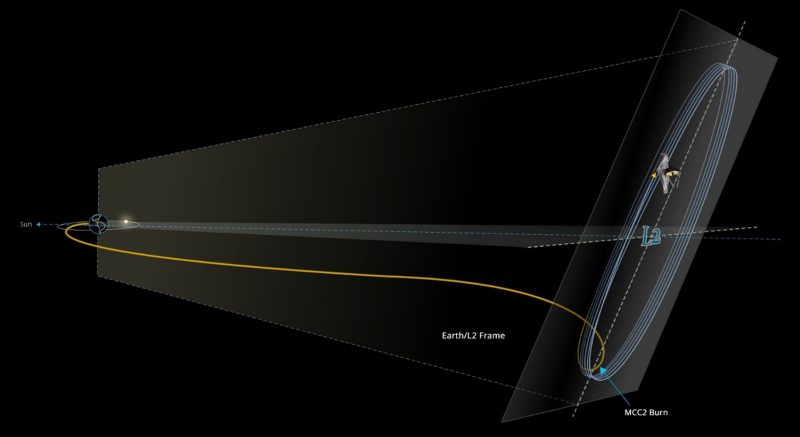 This is because it’s not orbiting an actual celestial body such as the Moon or the Earth but is instead orbiting around a point of neutral forces between the Earth, Sun and Moon, allowing the JWST to keep these bodies behind it but also remain at generally the same point throughout its lifetime. However it can ‘fall’ out of this orbit if the correction burns do not take place, this of course means that it only has access to roughly half the sky at any one time, however as the Earth orbits the Sun the L2 point too orbits meaning that within every 6 months its can survey the entire sky.

February 11th 2022: The first images from the JWST have been sent back to Earth. 48 days after launch the JWST has finally begun to focus its mirrors. The first step in this process was to take a reference image to find out how far out of alignment each of the 18 mirrors are. The image taken over 25 hours shows a mosaic of 18 light spots in seemingly random positions, these light spots actually are the same star and it shows that none of the mirrors are currently aligned correctly, another image received from the JWST was a ‘selfie’ taken by the NIRCam using the main mirror, it shows each of the 18 mirror segments lit with differing amounts of light, this again means that the mirrors are not aligned correctly. 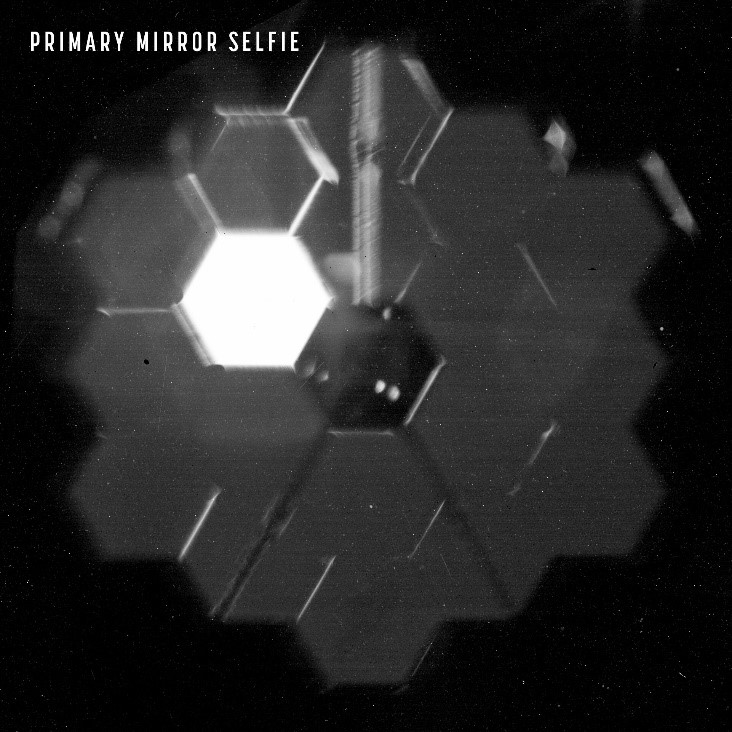 March 16th 2022: Another ‘selfie’ image is sent back from the NIRCam aboard the JWST, this time however, it’s a far more uniform image of all 18 mirror sections being illuminated by the same object. The mirrors are now aligned well and the first good image of the star it is pointing towards can be taken. This star known as HD84406 is approximately 100 times dimmer than that of which can be seen by the naked eye, the star itself is of little interest scientifically however within the image hundreds if not thousands of small dots can be seen. Each of these smaller areas of light in the image are in fact each separate galaxies, the first time they have been observed. 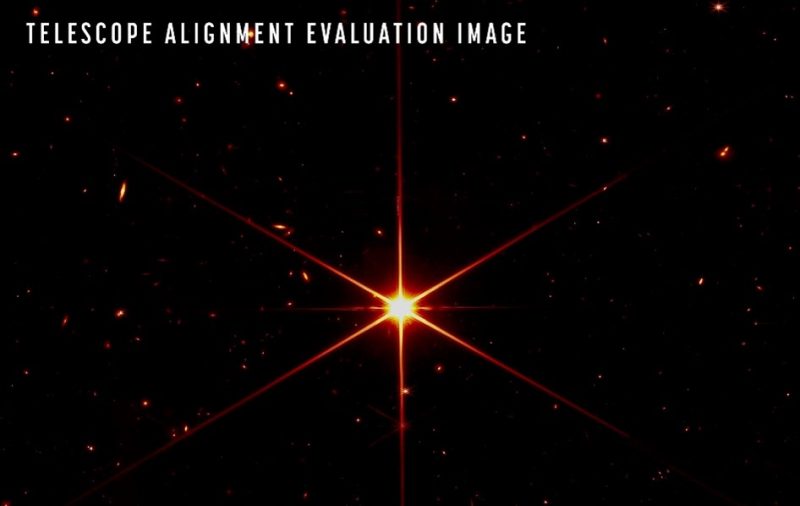 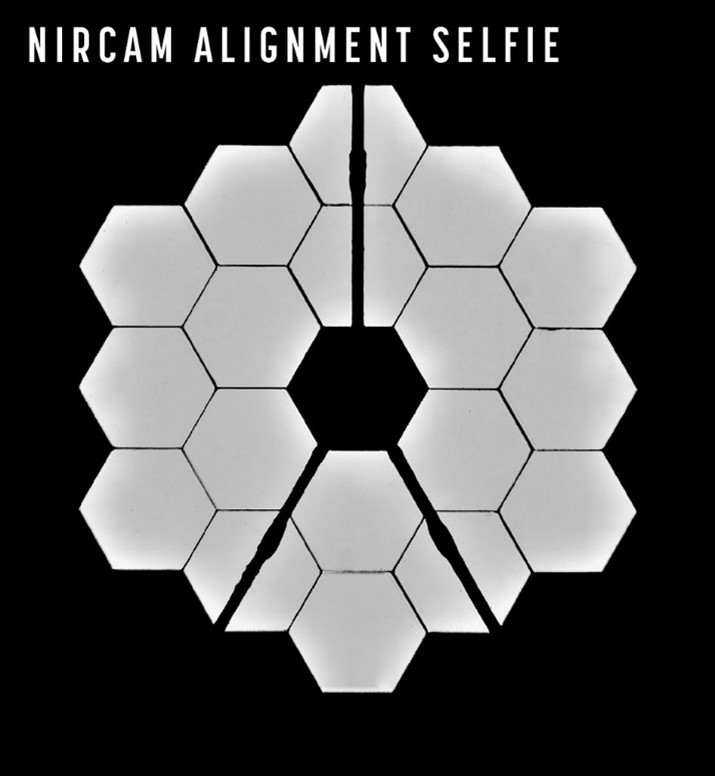 The images taken at this stage are not scientific as there is still a lot of interference from the as yet to cool completely instruments, this means that the images going forward are only going to get better and more detailed as time goes on.